FROM DUSTY HANGER TO PUBLIC DISPLAY

I am reasonably sure most people have suffered the “buyer’s remorse” syndrome at one time or another and will easily relate to this posting. Whether you approve of the material posted or not is another matter, so please excuse my exuberance in wishing to share something I believe might produce a laugh if you are actually a bit put-off.

You know the routine I’m talking about: the remorse, regret, second-guessing (as to the wisdom of purchase), the post purchase analysis of want/desire versus necessity, “why in the world would I buy something like that?”, etc., all this and more play a part in removing the initial enjoyment or pleasure out of making something “YOURS” that was “FOR SALE”.

Many years ago I purchased a number of T-Shirts that were often attempts at humor by making some sort of political, environmental, or societal statement (either verbally or with photographic/graphic images), which if nothing else, were thought provoking, assuming of course the viewer was not immediately overcome with revulsion, disapproval, or anger. Unfortunately, AFTER adding them to my collection of questionable acquisitions I was hesitant about wearing them in public due to the possibility of unintentionally offending more sensitive individuals who may not appreciate the intended point of the expression.

The T-shirts were either destined to remain forgotten packed away in boxes or collecting dust on the long abandoned end of the clothes rack with the occasional exception of when worn around my own property as nothing more that protection from the elements and “work shirts” often permanently stained with paint, oil, grease, etc., all relegated to nonpublic display.

Recently I discovered a cache of these T-shirts and a couple of them rekindled whatever appreciation I might have had for them at the time of purchase and for some reason I was encouraged to share one with you this morning. So again, please excuse me if you are in anyway offended as this was not my intention. Yep, sure hope I didn’t step in this particular subject matter this morning. LOL

HINDUISM: This shit happened before.

BUDDHISM: It is only an illusion of shit happening.

ZEN: What is the sound of shit happening?

ISLAM: If shit happens, it is the will of Allah.

ATHEISM: There is no such thing as shit.

CATHOLICISM: If shit happens, I deserve it.

JUDAISM: Why Does shit always happen to me?

TELEVANGELISM: Send money or shit will happen to you.

A National Debt of over $17 TRILLION which routinely increases at a rate of BILLIONS OF DOLLARS EVERY DAY?

Politicians who pass legislation they did not read, much less understand, who are now more concerned with their re-election than the horrendous ramifications of their past irresponsible activity?

THAT SORT OF $HIT SHOULD NEVER HAPPEN. 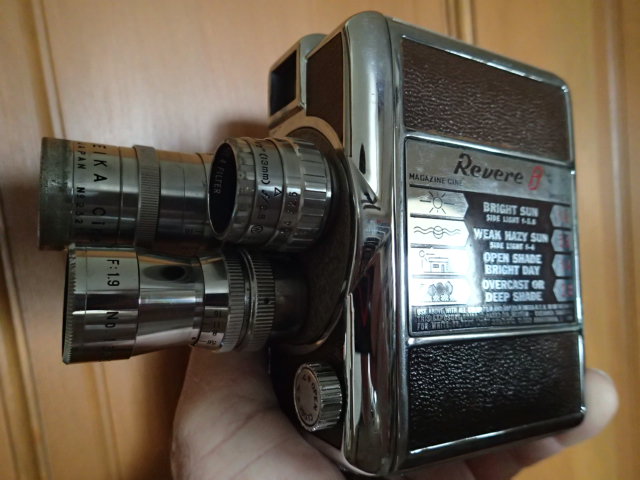 While speaking with my Mother on the telephone this morning the conversation turned to President Kennedy’s 1962 visit to Castle Air Force Base in Atwater California and Mom was curious as to the exact date. (The question probably arose due to recent reports on the anniversary of the President’s assassination and the timeline where only two months after the Castle visit [October 22nd] Kennedy announced to the American public that the Soviet Union had, and were, installing missiles in Cuba.  Dad had accumulated a lot of “alert time” during that period.)
–
As most of us would expect, the information was easily obtained by simply typing in “President Kennedy Castle AFB”, yet since my Mom absolutely refuses to become involved with computers (that and getting aboard an aircraft are non-winnable conversations – strange since both my Father and Brother were pilot flight instructors in the Air Force.  Of course, in fairness to my Mom, during my Father’s 33 year career in the Air Force she did indeed fly many times – some halfway around the world), I usually obtain the answers to such questions. After a short wait the search revealed Kennedy had addressed the servicemen/women and civilian audience at Castle on August 17, 1962 the day before his dedication of the San Luis Reservoir outside Los Banos California on August 18th.
–
LINK TO FJK’s speech at Castle AFB: JFKWHA-120-003-AUdctm_pm_15416996
–
That experience (the Castle AFB visit) produced an infamous story of both thoughtfulness and misfortune to which generations of our family and relatives have laughed and commiserated over for decades.
–
Initially it had been decided it would have been too difficult for my brother and me to be there but my Mother, having second thoughts about the historical significance and realizing the potential importance to her children, hurriedly changed plans, picked us up and delivered us in time to the air base tarmac where “on alert forces”, family members and other civilians, anxiously awaited the arrival of the President’s aircraft.
–
Dad was observing the ceremony with other pilots in the flight tower while Mom, “Richie” and I stood on the hot tarmac with my Mom’s high heels slowly sinking into the hot gooey tar. But then, eventually, there he was, the President of the United States. Seems like a dream now when John Fitzgerald Kennedy actually passed only a few feet in front of us as he made his way along the front of the crowd shaking hands and quickly saying hello to the many onlookers. Mom has often commented how handsome the President was with his iconic wavy red hair and sharp brown suit. (Red hair runs in my Mom’s side of the family. -lol)
–
Though only seven years old at the time I still remember him passing by right in front of us as Mom, carefully holding the movie camera so as not to shake or jitter the view, followed the President’s every movement as he proceeded down the tarmac.
–
I was looking at that 1950’s vintage Revere 8mm Model 44 movie camera this morning (above photograph) while pondering that once-in-a-lifetime opportunity my Mother made sure we would experience and for that we will always be grateful. Seeing something like that first hand is unforgettable. While on the subject of unforgettable, I then thought about the potential value of such a home movie if there had only been film in the camera! Dad was not too amused with the outcome of the visit’s documentation but reluctantly accepted responsibility for not personally loading the camera himself.
–
Gosh, I think I may have just discovered why Mom doesn’t care much for “technical stuff such as computers”.
–
My best to you and yours, Lew
Categories: Uncategorized.

In only 20 days our NATIONAL DEBT has INCREASED ANOTHER 172 BILLION DOLLARS OVER the 17 TRILLION DOLLAR MARK passed on November 1st ,2013.

That averages out to 8.6 BILLION DOLLARS A DAY!

Now remember, In STACKED ONE HUNDRED DOLLAR BILLS (laid one on top of another-not end to end), that is 16 TIMES GREATER THAN THE HEIGHT OF THE EMPIRE STATE BUILDING!

Seriously, does this sound even remotely sustainable to you?

Not that it helps but…..

PS: Things are going very well with your Lake Don Pedro Community Services District under the excellent leadership of General Manager Ralph Felix (he has one heck of a mess to clean up that was created decades before he arrived).  Due to the outrageous complaints by only a few who support returning to the MICRO-MANAGING PRACTICES OF THE PAST (which enabled pursuit of CONFLICTING INTERESTS with the intended design and functioning of our SURFACE WATER TREATMENT PLANT), along with the desire to not make our GM’s work more difficult with those traditional spurious complaints, I am obviously no longer posting verbatim transcripts of our meetings or expressing my opinion why such COUNTER PRODUCTIVE OBSTRUCTIONISM continues to exist.  [It really is quite simple though if you look at the undisputed facts.]

Rather humorous in a way because some of the same people who relentlessly complained about this website have quietly expressed to others how they miss not being able to read what happens at our meetings.  (Note: There were never any complaints or accusations regarding the correctness or authenticity of the transcripts, but rather, only extreme criticism as to my personal opinion as to why such wrongful activity occurred.)

Oh well, perhaps those involved with the continuing obstructionism will have to purchase a book later just to appreciate how ridiculous their activities are now?

IF YOU ARE NOT OUTRAGED…..

evidently you are not paying attention.

You know, studying our national debt is rather like appreciating the vast distances between the planets and stars.  I mean, we use the same descriptive numbers; million, billion and trillion and only need to replace the standard unit of measurement of DOLLAR with MILES or LIGHT YEARS.

SOME KIND OF DEBT RACE?

75 BILLION DOLLARS on top of the

Wonder how much was sent to more deserving nations than ours?

How long can such financial irresponsibility be sustained?

How long will the American public tolerate this?

Later – must pay some bills.

Too bad we [the American taxpayer] can’t print our own money also – that would show ’em, huh?